Following the conclusion of the FATF Plenary June 2022 the key outcomes have now been published.

The global money laundering and terrorist financing watchdog, The Financial Action Task Force (FATF) has published the outcomes from its recent plenary meeting, which took place in Berlin from June 14-17 2022.

Delegates from more than 200 jurisdictions joined in the discussions, with a large number of participants now being able to travel for on-site meetings.

The FATF released a statement expressing its deepest sympathies for the people of Ukraine and continues to deplore the huge loss of life caused by the  Russian invasion of Ukraine. As a result, FATF has decided to severely limit the Russian Federation’s role and influence within the organisation.

An overview of the key outcomes

Compliance with the FATF Standards

Mutual evaluations for Germany and the Netherlands

While the Plenary acknowledged improvements to both Germany and the Netherlands’ AML/CFT frameworks over the last 5 years, some reforms are not yet completely effective and there is still work to be done.

Germany: Overall, technical compliance with the FATF Standards was judged to be generally strong and the country has taken positive steps to develop a much stronger national understanding of money laundering and terrorist financing risks. However, the Plenary noted that the private sector (particularly non-financial sectors) requires better supervision, and that beneficial ownership information be made more available and accessible. There was also a call to strengthen the development and use of financial intelligence by all the relevant authorities including the Financial Intelligence Unit and Law Enforcement Authorities.

The Netherlands: the Plenary acknowledged the notable achievements the country has made to its AML/CFT framework and was also commended for its technical compliance with the FATF standards and the use of data in investigations and in the development of financial intelligence. Nevertheless, the Plenary concluded that the country must strengthen risk-based supervision, allocate more resources in order to tackle unlicensed activities, and also address deficiencies related to the regulation of Virtual Asset Service Providers.

After a quality and consistency review, the FATF will publish the reports by September of this year.

Jurisdictions added to the grey list and under increased monitoring

The FATF added Gibraltar to its grey list due to failings in its gambling sector, particularly with regard to the gatekeepers to the financial system, such as gambling operators and lawyers.

In response, Gibraltar made a high-level political commitment to work with both the FATF and MONEYVAL to strengthen the effectiveness of its AML/CFT regime.

Gibraltar should now work on implementing its action plan, which covers two main areas: ensuring supervisory authorities for non-bank financial institutions and designated non-financial businesses and professions (DNFBPs) use a range of effective, proportionate, and dissuasive sanctions for AML/CFT breaches; and demonstrate that it is more actively and successfully pursuing final confiscation judgements, through criminal or civil proceedings based on financial investigations.

After Malta received an on-site visit, the FATF has taken Malta off the grey list and as a result will no longer be subject to increased monitoring. Malta was congratulated for the significant progress it has made in addressing the strategic AML/CFT deficiencies that were previously identified by the FATF and were included in its action plan. Malta will continue to work with FATF regional partner MONEYVAL in order to continue to strengthen its AML/CFT regime.

Following a public consultation, the FATF finalised guidance that will help the real estate sector implement risk-based measures in order to prevent money laundering and terrorist financing. The fourth round of mutual evaluations has demonstrated that the sector generally has a poor understanding of the risks they face, so July will also see the publication of a report providing guidance to help the private sector develop a better understanding of the money laundering and terrorist financing risks faced by the real estate sector and the effective measures they need to take to mitigate the risk.

At the Plenary, members discussed progress in developing guidance to help countries implement the revised requirements of the FATF. The aim is to assist countries in the rapid implementation of these changes and delegates agreed to seek views from targeted stakeholders before finalising the guidance in October of this year.

The FATF is considering revisions to strengthen Recommendation 25, which applies to trusts and other legal arrangements, to ensure a balanced and coherent approach to beneficial ownership in the FATF Recommendations. The FATF is releasing a white paper for public consultation (deadline for comments is 1 August, 18h00 CEST) and welcomes views particularly with regard to the scope of legal arrangements, risk assessment & foreign trusts; the obligations of trustees; definition of beneficial owners; approach in collecting beneficial ownership information; adequate, accurate and up-to-date information; and obstacles to transparency.

Implementing the Strategic vision to strengthen the Global Network

The FATF Plenary expressed its support for projects that enhance the inclusivity and cohesiveness of the Global Network. A set of actions was approved in order to implement the March 2022 Strategic vision for the Global Network of 206 jurisdictions, who jointly agreed to strengthen their regimes to tackle money laundering, terrorist, and proliferation financing. The FATF agreed to continue providing support to regional bodies for the completion of their current mutual evaluation round, and to work jointly with them for the preparation of the next round that is expected to start in 2025.

A more detailed document covering the outcomes from the FATF 2022 June Plenary can be found here, The next FATF Plenary will take place in October 2022. According to Thomson Reuters’ Cost of Compliance Report 2022, despite compliance’s widening duties budgets remain tight and staff numbers are unlikely to grow, resulting in a widespread belief that existing personnel will be expected to ‘do more with less’. Many PSPs believe that the current international risk framework is inadequate and recognise the importance of implementing their own technological solutions to combat the threat of money laundering. 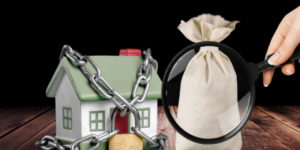 The need for improved compliance across the Real Estate sector is greater than ever due to its internationally recognised susceptibility. The starting point is to understand the gaps that financial criminals exploit.

RiskScreen’s award-winning AML compliance platform can be taken in modules or installed as a fully integrated solution.